In this fourth part of the series, Alan Woods traces the history of feudalism from its rise to its inevitable downfall in the age of the bourgeois revolutions. 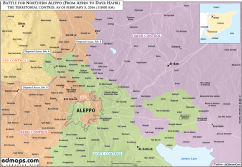 Even before they started, the so-called peace talks about the future of Syria have collapsed. UN special envoy to Syria, Steffan de Mistura, has called for a “pause” in the talks and a resumption on 25 February. Meanwhile the Syrian Arab Army and its allies have dealt a crushing blow to western-supported Jihadists in northern Aleppo. As the balance of forces shifts in the war, none of the parties on the ground have any reason to take serious steps in the talks.

In the third part of his article on historical materialism Alan Woods takes a closer look at the earlies forms of class society.

The whole of human history consists precisely in the struggle of humankind to raise itself above the animal level. This long struggle began seven million years ago, when our remote humanoid ancestors first stood upright and were able to free their hands for manual labour. Ever since then, successive phases of social development have arisen on the basis of changes in the development of the productive force of labour – that is to say, of our power over nature. 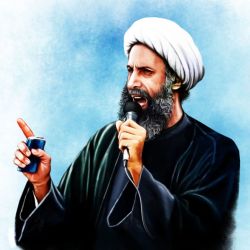 The recent execution of Al-Nimr, a Shia cleric leader who was arrested on 8 July 2012 during protests, along with 46 other men, mostly Sunnis, highlights the crisis facing the regime. Increased repression indicate a fear of the rulers at the top of an impending movement from below.

Today we begin the serialisation of a new work by Alan Woods, which provides a comprehensive explanation of the Marxist method of analysing history. This first article establishes the scientific basis of historical materialism. The ultimate cause of all social change is to be found, not in the human brain, but in changes in the mode of production.