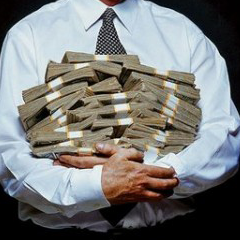 Nelson Mandela is no more. At about 20:50 on Thursday, 5 December Nelson Rohishlahla Mandela passed away peacefully after a long illness. The news was announced by President Jacob Zuma to a worldwide audience. He was 95 years old.

South African trade unions have announced a general strike from 12-14th November against the implementation of policies which, taken together, represent a major assault against the living standards of the masses of workers, the poor and large sections of the middle class.

The National  Union of metalworkers of South Africa(NUMSA) is in the process of gathering the views of its members in preparation for the union's extraordinary national congress to be held in December.The forthcoming congress of Numsa that will be held in Ekhurhuleni will give the union a mandate on how to deal with the ruptures inside the trade union federation Cosatu and will give the leadership directions on  the way forward.The Numsa congress will be held ahead of the Cosatu extraordinary congress to be held at a later date.Earlier the president of Cosatu,S'dumo Dlamini reluctantly wrote to the affiliates confirming that the congress will be held.

The Congress of South African Trade Unions (COSATU) will hold a special national congress to deal with divisions that have ravaged South Africa's largest labour federation for the last period. The announcement came on August 19th after the three day meeting of the Central Executive Committee (CEC) meeting that was held in Johannesburg. This was after nine affiliated unions wrote to the CEC, requesting such a congress. This represents a step in the right direction for the federation. COSATU's constitution states that for a special congress to be held, at least one third of affiliates (seven) must make such a request. The president of the federation then has 14 days to deal with the logistics of holding the congress, including setting a date.