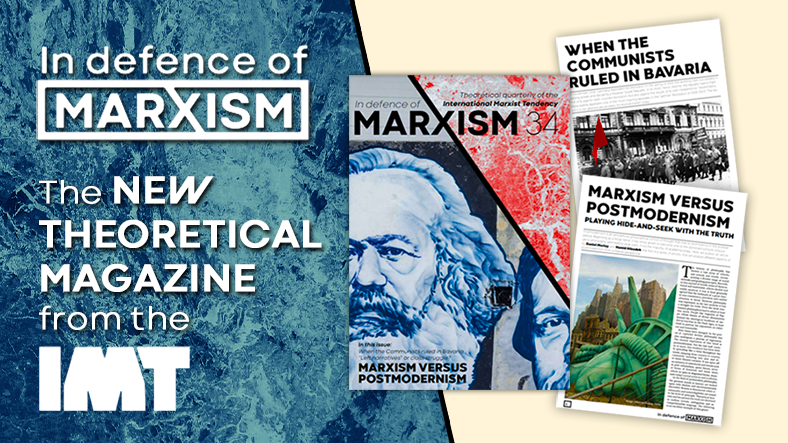 The International Marxist Tendency proudly presents the relaunched In Defence of Marxism theoretical journal. Translated into multiple languages, readers from all over the world will be able to subscribe, and four times a year will receive the physical magazine, posted to your door. Or you can choose to subscribe to our digital editions, which will land directly in your email inbox. The magazine will become available from 16 July, but you can subscribe today!

The theoretical struggle is a key component of the class struggle. As Lenin explained, without revolutionary theory there can be no revolutionary movement. Capitalism is facing the deepest crisis in its history. The ruling class can offer no real way forward for the vast majority of people.

That is the reason they spread a whole array of confused and reactionary ideas. Racism, sexism and all forms of oppression are used, along with the ideas of postmodernism in all its guises, to divide and confuse working-class people and youth - to turn us against each other and atomise the class struggle. Some of these ideas are openly reactionary. Others are given a ‘radical’ cloak. 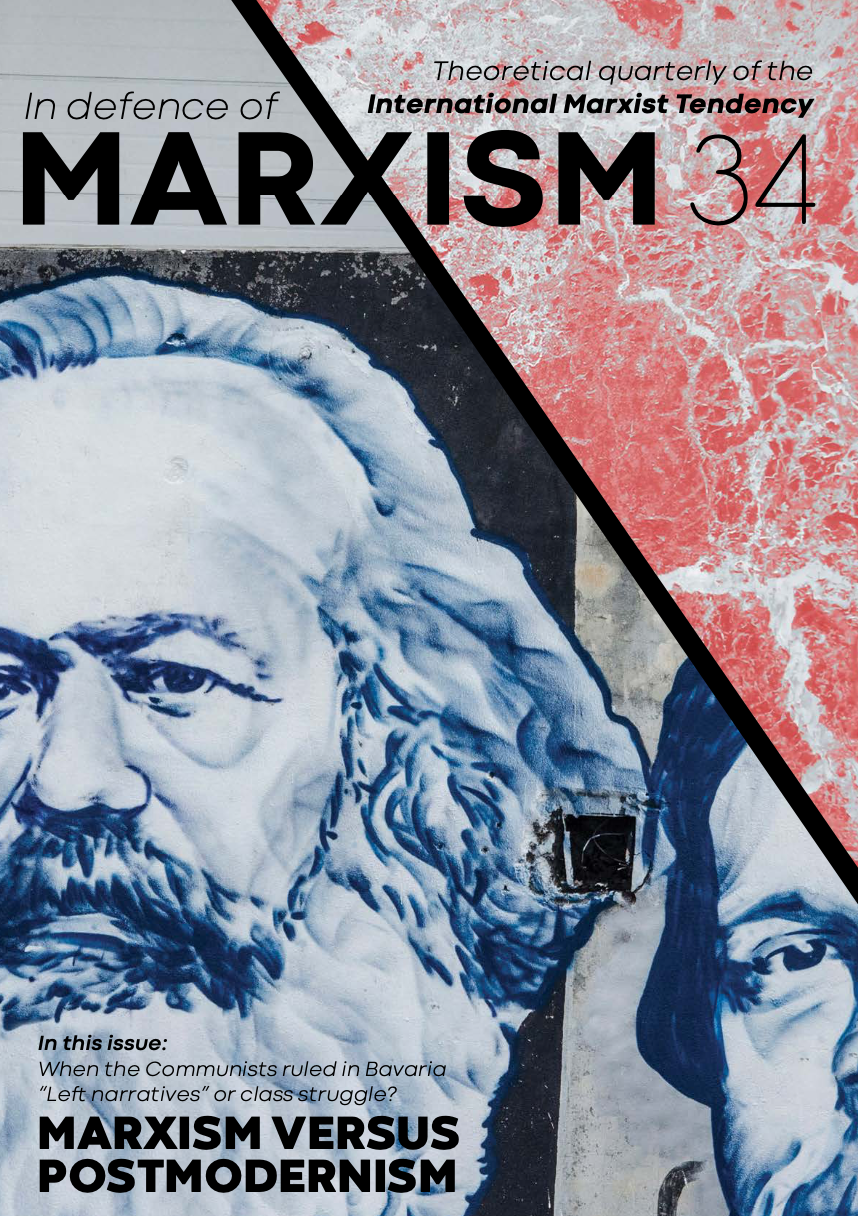 Engels explained that, alongside the economic and political struggle, there was the equally important struggle for theory. The In Defence of Marxism magazine is joining this struggle, as a tool and a weapon for revolutionary class fighters all over the world, offering serious Marxist analysis on theoretical questions and burning issues of the labour movement. Only the ideas of genuine Marxism can act as a guide to action in the struggle to overthrow capitalism on a world scale.

The first article, and the theme of the issue, is therefore devoted to Marxism vs Postmodernism. By denying the existence of objective truth, postmodernism inevitably leads to a sceptical, pessimistic viewpoint. After all, if it is impossible to understand human society, it must therefore also be impossible to develop a scientific method for changing it.

The second article, “Left Narratives” or Class Struggle, explores the poisonous role that these postmodern ideas play in the labour movement today. If, as the postmodernists claim, there is no objective truth, then all we have are our own subjective experiences and “narratives”. Changing society is therefore reduced to the language game of changing our “narrative”, or how we talk about society. In this article, we explore the destructive consequences of this idea, which is substituted by some on the left for the politics of class struggle. The Greek masses in particular, through the experience of the SYRIZA government, have already come to experience the baleful results of these ideas.

Lastly, we take an in-depth look at the Bavarian Soviet Republic of 1919. We explore the rich lessons of one of the most inspiring (yet less-well-known) events that occurred during the revolutionary wave in Germany in 1918, in which the working class seized power in Munich and the surrounding towns in Bavaria, southern Germany.

The In Defence of Marxism magazine is a must have for all advanced workers and youth who wish to arm themselves with the revolutionary philosophy and method of Marxism. Subscribe here to get your copy; read and study it with your comrades, workmates or classmates, and prepare for the dramatic events to come!