These protests are unprecedented in the history of the Islamic Republic. Never before has the regime seen such a widespread a movement, and never before have any of the big protest movements expressed such a radical and uncompromising mood. In the deeply conservative city of Hamedan hundreds of people were chanting: “Khamenei is a murderer, his government is void”.

In Ardabil one of the slogans, which has also found an echo elsewhere, was “Hossein Hossein, is [the regime’s] slogan, [but] rape is its delight”, referring to the religious hypocrisy of the theocracy. 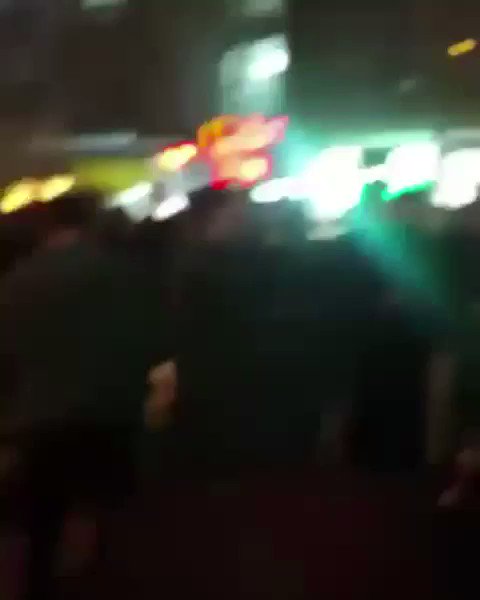 Chanting “ The regime forces are proud of raping”.#IranProtests

In Ahvaz protesters charged the police after it attempted to arrest some of them. 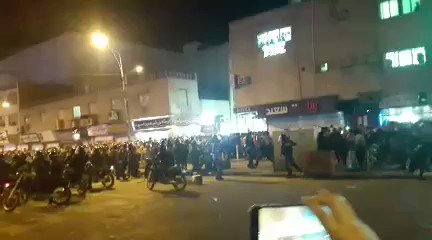 Kermanshah, home to a majority Kurdish population, which recently suffered a devastating earthquake, has seen very heavy clashes over the past few days. 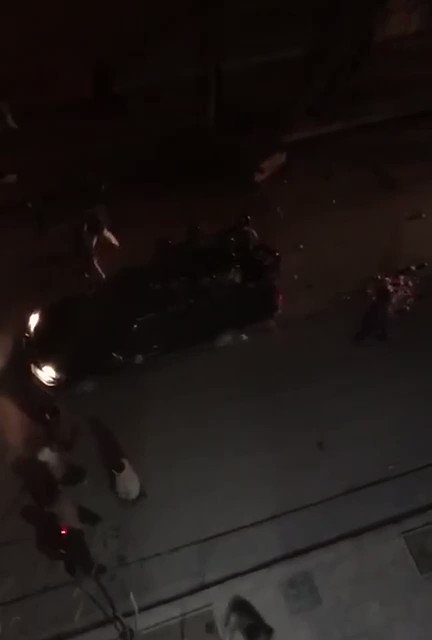 Mismanagement and corruption was the root cause of many avoidable deaths after the earthquake and much of this anger is bound to be expressed by the oppressed Kurdish population in this movement.

In and around Tehran protests have continued, also leading to heavy clashes. In this video the crowds in Tehran are chanting: “Overthrow overthrow, the [mullah] republic”. 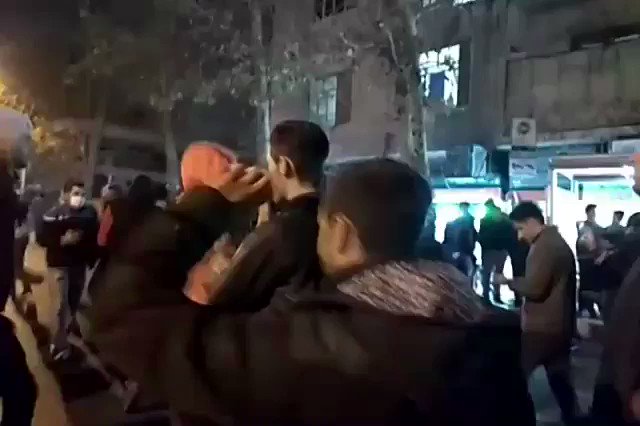 #Update114- Iran, 40 minuets ago another part of #Tehran. People want to gather at revolution Square.
Chanting” we want Downfall of the Akhund’s Regime”.#IranProtests #تظاهرات_سراسري

A heavy presence of security forces meant that large crowds could not gather, and yet protests continued throughout the night. 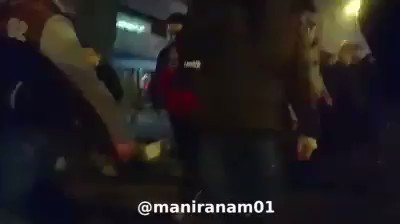 More importantly, the protests also spread to the industrial towns and villages around Tehran. In Karaj, an industrial bastion just outside of Tehran, what appears to be some thousands of people took to the streets which and clashed with the police. 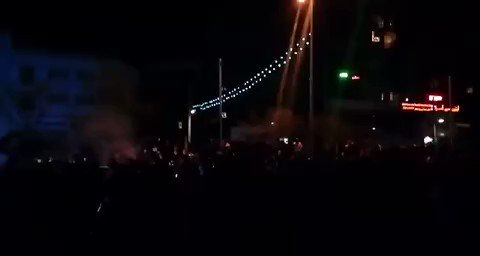 #Update113- #Iran, Just now in #Karaj,
People are chanting " death to(down with) Khamenei, tonight is going to be like this, long live to Iran".#IranProtests#تظاهرات_سراسرى

Another video from Abadan shows crowds chanting “death to unemployment”. 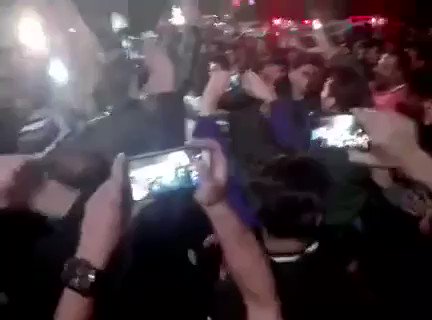 In Shiraz, a video surfaced of crowds chasing away security forces on the streets. 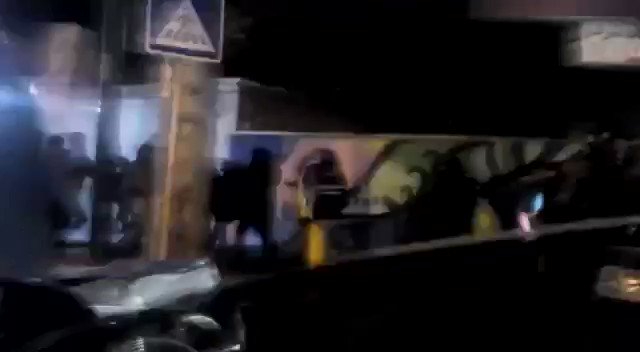 Meanwhile, in Masjed Suleyman a huge protest took to the streets with some rumors saying the people temporarily took complete control of the city.

Another video from an unknown place shows how the masses are approaching security forces trying to win them over, saying “don’t be our enemies”.

In the city of Rasht a women on the edge of one of the protests expressed the desperate situation of the working poor, many of whom are struggling daily with non-payment of wages.

There were also protests in at least Zanjan, Tuyserkan, Arak, Saveh, Amol, Sari and Qazvin. These are all ‘peripheral’ areas with high unemployment and ordinary non-student youth seems to be at the head of the movements in most towns.

The unemployment rate among those aged 15 to 29 is well over 24 percent and that is only the official figure. It is even higher among urban youth and women. Many of these were counting on some kind of relief from the Rouhani government. But in spite of 4.2 percent economic growth last year – the first year of real growth in many years – unemployment and living costs have kept rising.

Another video which has circulated on Twitter is of a poor Iranian woman and sister of a martyr of the Iraq war. These people were previously pillars of support for the regime. Now the regime is accusing them of being paid by foreign powers to protest.

"I feel really bad. I went to Tehran twice to tell them about my problems. They didn't even spit at me. My brother went and martyred himself – [For what?] just so these guys could rule and his sister could prostitute herself? What does a martyr’s sister [have when] she doesn't have [anything] to give to her children? Fuck the honour of Iran, [it hasn't given me anything] or to those like me. We are not American's [unitelligible] I speak my mother tongue! Leader! [referring to Khamenei - ed.] look at these hands! Are my hands toiling or you? The children are sleeping hungry! [the rest is unintelligible.]” 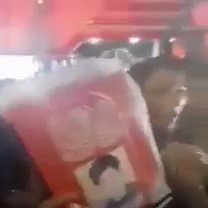 These are the real conditions that millions of poor women are grappling with. Prostitution is something millions of Iranian women are forced into, and often fully sanctioned and organised by the clergy who use traditional ‘temporary marriages’, sanctioning prostitution in exchange for a quick buck. For four decades the working masses have kept their heads low and accepted their lot together with all the excuses of the clergy. There is not a day goes by without a major scandal involving top figures in the regime. The Mullahs have built up billion dollar empires and obscene lifestyles, while they have imposed austerity on the masses. This year the government is threatening to remove cash benefits to the poor and raise fuel prices by another 50 percent.

Meanwhile, immediately after the ‘calming’ and ‘reconciling’ words of Rouhani on TV yesterday, the crackdown has increased and the numbers arrested are now at at least 400, while around 20 people have been reported by officials to have been killed. At the same time, the paramilitary Revolutionary Guard Corp has announced that it is taking over security of Tehran from the police. This goes not only against the words of President Rouhani two days ago when he said that people would be allowed to protest peacefully -– but also his campaign promise five years ago to remove paramilitary troops from the streets of Tehran. These so-called liberal ‘democratic’ friends of the people are adopting the same exact methods that they claim to be against.

Unfortunately, a thin layer of ‘leftist’ intellectuals has been echoing what many liberals are saying: that given the lack of a clear organisation and programme, this movement can come under the influence of reactionary domestic or external forces or that it might otherwise lose. Hence, they imply, we should not support or fully support this movement. 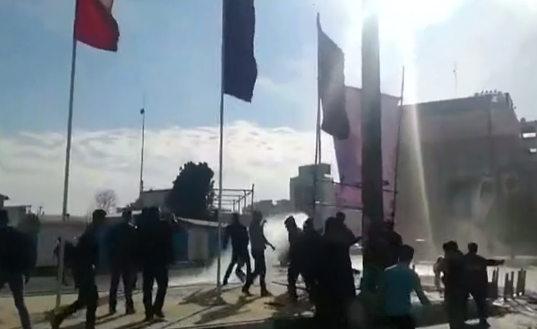 What they mean by this is that we should ask the hungry and desperate Iranian people to go back home and continue their fast and only come back out when they have an organisation worthy of our ’leftist’ intellectual friends’ support! Let us ask the mother to keep prostituting herself and send her children to bed hungry until enough academic papers have been written about a mass party that is pure and clean as angel tears, until one materialises out of thin air. Only then can the people come back out onto the streets. The distance between these ‘friends’ and the real world could not be greater.

But how is it even possible to build a fully fledged democratic mass organisation under such a dictatorship? Such a thing is highly unlikely, if not impossible. These ladies and gentlemen are the same ones who write off building an organisation because they do not believe a revolution will come and then when it is set to occur, they write it off because it doesn’t have an organisation. Either way, they oppose the revolutionary masses whom they do not trust at all – and that is the essence of it.

Fortunately, the Iranian masses are not too bothered with these people. For 30 years the liberal ‘democrats’ and their social democratic hangers on have been preaching ‘reforms’ and ‘moderation’ every time the masses have taken to the streets. And what have they achieved? Absolutely nothing. 30 years of switching between conservative and liberal rule has led to precisely nothing. People are still oppressed, unemployed and struggling to survive. But the poor and uneducated of Iran have come to understand in three days what these gentlemen and ladies have failed to learn in three decades: that only a bold revolutionary stance will yield any results. The regime has clearly been shaken by the radical mood of these demonstrations, more so perhaps even than during many phases of the Green Movement in 2009.

Of course, the movement does need organisation and a clear revolutionary programme in order to succeed. The fact that the movement is completely raw and without a revolutionary leadership means that it is bound to meet many obstacles, which could potentially derail it. This remains a danger, in particular as long as the core of the working class has not yet joined it. Would not it therefore be all the more logical to support it even more vigorously and assist it in any way possible to develop such organisation and programme before it is derailed or otherwise compromised?

What we are witnessing are the first early stages of a revolutionary process. Some layers of the masses are taking their destinies into their own hands. In doing so they are anticipating events to come. They do not yet know what they want, but they know exactly what they don’t want, and that is, everything which stands in the name of the Islamic Republic. What they are reflecting is the inability of Iranian capitalism to satisfy the most basic needs of the people of Iran – not even its traditional core base of support.

Through the process of struggle this fact and the class divide will become ever more clear. The task of revolutionaries is not to stand on the sidelines and explain what “could go wrong if we lose” but, rather, how to win this struggle! We must participate in the movement and patiently explain that only by taking power into their own hands, can the people achieve their modest goals and aspirations.

Source: Revolutionary ferment in the depths of Iranian society