Few days ago, we wrote an opened letter to President Weah informing him that, with the blood of patriots running through our veins, during his regime’s existence, we would continue our partnership with the people to ensure the attainment of their ontological vocation to become full human. As part of this historical obligation, we committed ourselves to wage a battle of truth-telling against notoriety in the republic. 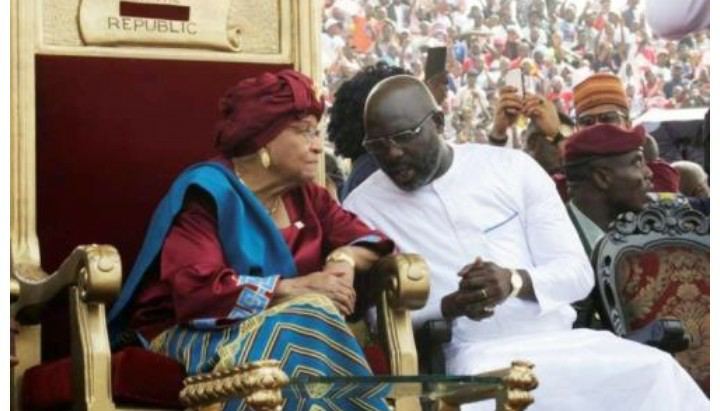 In our opened letter to the President, we presented four recommendations which we are convinced can set the pace for national recovering after twelve years of implacable economic tyranny under Madam Ellen Johnson Sirleaf, an international celebrity but national nightmare. As part of our recommendations, we urged the President to avoid being influenced by Former President Sirleaf. We advanced that if President Weah is committed to prove his ardent critics, like myself, wrong and demonstrate that he represents the interest of Liberia’s poor and exploited working class, isolated underprivileged peasants in the countryside and the economically deprived mass of the people languishing in appalling slums and ghettos in Monrovia, Madam Sirleaf should be declared a class enemy. And, I, as an emerging revolutionary, who is a break with the old socioeconomic and political order, compromises are never made with the class enemies.

It is obvious that during Madam Sirleaf’s stewardship of the Republic, she represented the interest of not the people President Weah professed to represent. I cannot more than agree with Karl Marx when he postulated that “It is not the consciousness of man that determines his social existence but rather, it is the social existence of man that determines his consciousness.” So for man to have a progressive consciousness which will capacitate him to contribute to other aspects of social development (Science, religion, culture and etc.), he must have food, shelter, clothing and etc. The provision of these social necessities is only possible by how the society’s socioeconomic system organizes its productive forces. Clearly, how the productive forces are organized in a society is determined by the ruling class.

Madam Sirleaf was head of Liberia’s ruling class for twelve years. Instead of championing the organization of Liberia’s productive forces to enable the provision of a social condition which will serve as a catalyst to providing the mass of the people a progressive consciousness, she was a lead campaigner for mortgaging of Liberia’s mineral and natural resources to foreign monopoly capital. The foreign monopoly capital, through Foreign Direct Investments ripped off the West African nation’s resources and left her economy in shamble. In 2012, the Moore Stephens International Audit Firm reported that out of Sixty-eight concession agreements signed between the government of Liberia and multinational corporations from 2006 - 2011, sixty-six agreements were approved at the disadvantage of the Liberian people. According to an update on the website of the Liberia Extractive and Transparency Initiative (LETI), there are presently over eighty (80) concession companies in Liberia’s mining, oil, agriculture, and forestry sectors. Substantial amount of these companies operate at the expense of the country’s economic interest.

The ruling class under Ellen Johnson Sirleaf allowed those companies to exploit the countries’ productive forces without any state-ownership, workers getting the just benefits of their labor, adding value to the raw materials in order to provide more jobs and reduce the country’s trade deficit, considering the health havoc those companies create for host environments, etc. Consequently, government receives from these companies only a paltry sum in taxes and rents that are insufficient to widen government’s revenue generation in order to usher in the independent implementation of massive social programs in health, education, infrastructure, security, etc.; the living real wages of workers at those companies cannot capacitate them to purchase the goods they produce with their labor.  After colonialism, while other African countries are involved with the industrial organization of their productive forces, Liberia is still an ardent exporter of raw materials and an avowed importer of finished commodities from imperial industrial nations.

The attendant socioeconomic consequences of these structural economic imbalances are enormous.  According to a Global Finance Magazine’s February, 2017 Report, Liberia is ranked as the Fourth (4th) poorest country in the world with a GDP per capita of US$ 882.00. The UNDP’s 2016 Human Development Index ranked Liberia as the 177th country with “People who are unable to reach their full potential in life because they suffer deprivations in multiple dimensions of human development.” According to a UNICEF’s 2016 Report, Liberia has the highest ratio of number of children that lack access to primary education. Furthermore, the WHO also reported in 2016 that Liberia is one of  Sub-Saharan countries with a very high infant and maternal mortality rates on a world scale, indicating that the country’s health sector is miserable. In 2016, Transparency International reported that from a scale of 0 to 100, Liberia scored 30 in its global corruption perception index. From the little received in taxes and rent                            from concession companies as well as small and medium enterprises, according to an IMF 2016 Report, over 80 percent is used on recurrent expenditure while capital expenditure is heavily dependent on loans, grants, aids and goodwill.

It is as the result of these social contradictions that the mass of Liberians went into the 2017 Elections with the vigor of replacing the ruling class found in the Unity Party (UP) of Ellen Johnson-Sirleaf with the rhetoricians of social change (CDC of President Weah) without taking into consideration the political and economic ideologies of these proponents of change as well as the emergence in the CDC of Ellen Johnson Sirleaf and her trusted mocking confidants. For us, we had a different perspective. We warned that the CDC had lost its opposition political taste and had compromised with the class enemy. We were condemned and bullied for the side we took. As Fidel advanced, condemning us at the time we crusaded such consciousness didn’t matter. We knew that history would have absolved us.

We did all we could to make the people understand that the status quo had covertly reemerged in a political camp that they could prey on and compromise the fundamental values of the struggle. Unfortunately, the people did not listen. By their overwhelming mandate, President Weah was elected on December 26, 2017 in the runoff and has been inducted into office. From the first batch of appointments President Weah has made in the aftermath of his inauguration; it is being rapidly proven that he will be a puppet of Ellen Johnson Sirleaf who greatly aided him financially and technically to attain political power. When we argued that Ellen Johnson Sirleaf went into an unholy political matrimony with President Weah, a marriage that encompasses making sure the CDC is elected in exchange of impunity for Ellen and her criminal family relations, as well as the maintenance of key of her officials of government in strategic positions, we were referred to as doomsday prophets.

Here we have a Eugene Nagbe, a poster boy of Ellen Johnson-Sirleaf and a man who is reputed for rent-seeking, being assured through a presidential release, of keeping his position as Minister of Information. Is “Change for Hope” still alive? George Werner, Ellen Johnson Sirleaf’s Minister of Education, a man who has turned education into a commodity through his public-private partnership- a capitalist venture that has given over one hundred public schools to western profit-making firms -  retained  his portfolio. Werner’s stay at the Ministry of Education came as the result of a mandate from Ellen to President Weah. Werner and Ellen had connived and eaten millions of dollars given by the Bill Gates Foundation to support the Public-Private Partnership.  In order to cover up the scandal, Werner must remain and President Weah has obeyed. Is “Change for Hope” still alive and well?

Gbenzongar Milton Findley, a messenger of Ellen Johnson Sirleaf has been appointed by President Weah as Minister of Foreign Affairs. Findley does not only have any understanding in the diktas of foreign relations and its offshoot of diplomacy, but also lacks the intellectual discernment to balance and counterbalance Liberia’s foreign relations with other countries and international organizations. Mediocrity is set to be at the nadir of Liberia’s diplomatic mission, as our chief diplomat is an ordinary nondescript whose rise to the position is on the basis of political compensation for the role Ellen played in making Weah president. Prior to his new appointment, Finley served as president Pro tempore of the Liberian Senate, and he ensured most of the bogus concession agreements based on capitalist interests were passed into laws. As he will be administering the foreign affairs of the state, I can wager Liberia’s foreign policy will still be motivated by neo-liberal capitalism. Suffice it to mean that our country’s foreign policy will not ensure the national interest of the state is placed at the apex of bilateral and multilateral discussions. Rather, expect the cycle of mediocrity and its attendant social contradictions experienced under Ellen Johnson Sirleaf to continue under the new establishment. Is the “Change for Hope” mantra resonating?

Mary Broh, an adopted child of Ellen Johnson Sirleaf who along with Medina Wesseh has been orchestrating some deadly bidding for her foster parent, has been assured her Director General Job at the General Service Agency (GSA).  Is “Change for Hope” still up and kicking? As the days in the week expire, we will continue to experience how President Weah is in the shadow of Ellen-Johnson Sirleaf. As the year evolves, a clear picture of this conspiracy of Ellen and President Weah will be unearthed to the unsuspecting, euphoric and expectation- filled mass of the people. This time, the conspiracy will not be exposed by our writings, discussions on talk shows, etc. It will be unmasked to the people through the collective action of Madam Sirleaf, President Weah and their surrogates. The people who did not listen to our cry must now brace themselves for the unintended and intended consequences of this political farce.

Moses Uneh Yahmia is a young student of Marxism from Liberia. He attends the University of Liberia where he studies Political Science.