Since the beginning of the year, a group of amateur traders, organised on Reddit, have been playing the market against major hedge funds, who had shorted shares for GameStop: a US-based video game retailer. As a result, GameStop’s share prices have gone through the roof, and a billion-dollar hedge fund had to be bailed out to the tune of $2.75 billion.

This circus exposes Wall Street as little more than a gambling den, and reveals a crisis-ridden capitalist system hooked on short-term speculation rather than meaningful productive development.

The way ‘short selling’ works is as follows. A hedge fund bets that shares of a particular company will go down and ‘shorts’ them: they borrow shares from said company to sell them immediately, for instance at $20 a share. They expect the share price will go down and they will be able to then buy shares at a lower price (say $10) and return the shares they have borrowed. That would net them a nice profit of $10 per share.

Early this year, people caught wind that there were a lot of short bets against GameStop. It is rare to see short positions of greater than 50 percent, meaning more than half of a company’s tradable shares have been sold short. In the case of GameStop, short interest was at 140 percent! The majority of these were held by the Melvin Capital hedge fund.

Then amateur traders, organised on the r/WallStreetBets subreddit, organised a ‘short squeeze’: starting to buy GameStop shares with the aim of propelling the price up. And they succeeded. The GME share price went up from $17 to a massive $340.

What was the motivation of these plucky day traders? Naturally, they wanted to play against the market and make a profit. Many of them have, with some bragging that their portfolios have gone into seven-figure territory.

But also, interestingly, if you read their posts, a defiant feeling of "we’re going to get the bastards" developed among the redditors. This turned into an exhilarating mood of: "together, we can sink these callous hedge fund managers!"

As the situation snowballed, traders on the r/WallStreetBets subreddit became increasingly determined to hold onto their shares to hurt the Wall Street fat cats as much as possible. The reddit forum is full of messages along the lines of "don't sell, hold on, united we can win!" 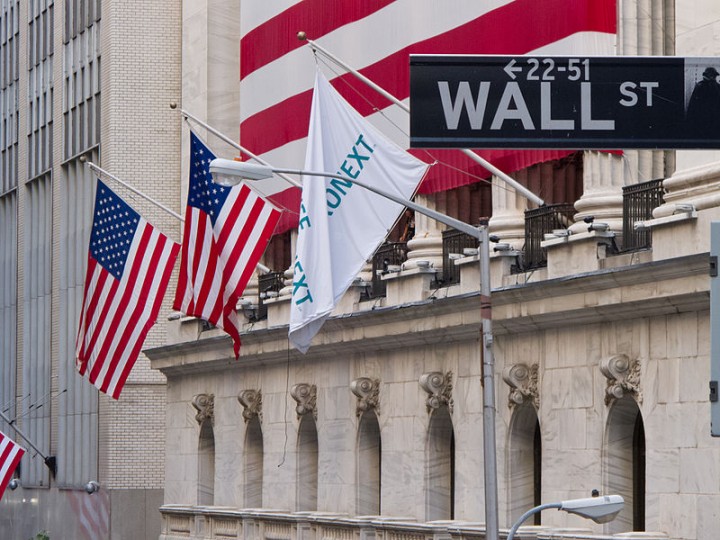 We can all take some satisfaction at seeing Wall Street vultures lose a packet, but this incident also exposes the rotteness of the system / Image: Carlos Delgado

Of course, it wasn't just the amateur traders who got in on the action. As soon as stocks started to go up, it was clear that bigger players were sniffing an opportunity, and started investing bigger sums.

This has become a classic speculative bubble and will end like all others. Share prices in GameStop will go up because many are now buying, and many will buy because prices are going up. Until it reaches a point in which people start to sell to realise their profits, thinking it can't go up any more, and then others will start to sell leading to share prices going down and people selling because they are going down. The bubble will burst and many people will lose a lot of money.

But so far, the amateur band of traders has defeated Melvin Capital, which has been forced to get out of trading GameStop shares, losing a packet in the process. They have been forced to buy shares at a very high price in order to return shares they borrowed at a very low price, shedding $3.75bn as a result. Short sellers betting against GameStop have lost a total of $5.05 billion so far. We can all take some satisfaction at seeing these parasites eat humble pie.

The reddit traders have since moved on to other stocks, forcing other major investors with short bets in other companies to cut their losses and run. This has created an ironic spectacle of hedge fund managers and institutional investors, who have made billions on the basis of reckless speculation and benefitted from a lack of regulation, now complaining about "manipulation of the market" and demanding governments and regulators intervene! Indeed, the Biden administration has confirmed it is watching the situation.

Remember, these Wall Street high rollers bet on a company going under, and sometimes place both short and long bets, covering all possible outcomes in the search for a quick buck. This is all a crapshoot: the real consequences for real workers are meaningless to them.

How do we explain this incident, and what does it tell us about Wall Street and the capitalist system more generally?

This banding of the small amateur traders has been made easier by the emergence of trading apps (like RobinHood), which facilitate novices accessing the stock market. Of course, RobinHood is a profit-making business. They are also becoming phenomenally rich in the process.

Also, the number of people getting stock market tips on reddit forums increased during the pandemic and the crisis. Many are people who have been furloughed or lost their jobs. They have time on their hands, and in some cases stimulus handouts in their pockets. They are desperate to make money quickly, and there are no jobs on offer.

More generally, the long term stagnation of wages, which in the US has been going on for nearly 50 years, has pushed some to try to get a better return from their meagre savings on stock market speculation.

Even before this latest incident, there was already a frenzy of speculation in the stock market, with the FTSE 100 having gone up from a low of 5,100 in April 2020 to a high of 6,800 at the beginning of the year despite the sharp contraction of the economy in the US.

This reflects the general sickness of the capitalist system. At a time when millions are losing their jobs and tens of thousands of companies are paralysed, the stock exchange, which is supposed to reflect the general health of those companies, is going up. In reality, the movements in the stock exchange have long since become divorced from the evolution of the production of goods and services. Of course, at a certain point there must be a reckoning.

The gyrations of stock prices reflect the rottenness of the system. At a time when interest rates are historically low (0 or negative), the economy is awash with liquidity. A significant share of stimulus money handed out by governments to corporations in the midst of the pandemic-triggered recession has found its way into speculation. This is also the explanation of the latest BitCoin bubble, which has seen the cryptocurrency go from a low of $6,800 in April 2020 to a dizzying high of $40,000 last week.

Instead of investing it in production (the development of technology which would increase the productivity of labour), capitalists gamble this money on the casino economy, where returns are bigger and faster. This is an indictment of the parasitical character of capitalism in its crisis-ridden state of senile decay.

All of this money, which is currently used for speculation with no real relationship to actual production of goods and services, could be used to satisfy the pressing needs of hundreds of millions for jobs, shelter, education and healthcare. How many doses of the COVID-19 vaccines could be produced with the $3.5bn Melvin Capital has squandered in the last two weeks!? How many ICU beds, ventilators, units of PPE equipment could be provided with the same?

Wall Street is a living testament to a capitalist system that is completely rotten and needs to be abolished: the sooner the better.