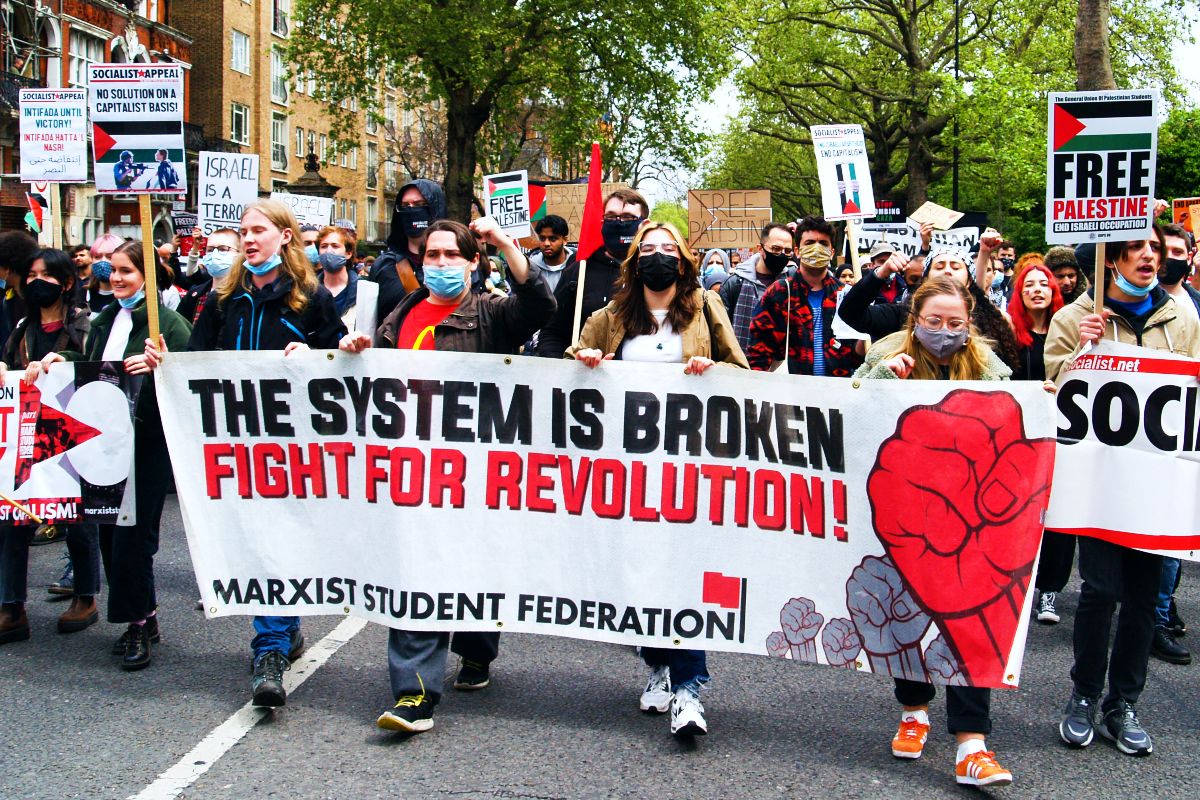 Young people around the world are “losing the generation game” because of the global capitalist crisis. Such is the conclusion drawn in a recent article published in the Financial Times, the mouthpiece of big business in Britain. To the ruling class’ horror, the crisis is leading to increasing radicalisation of the youth.

The FT is not merely a newspaper, but a special bulletin for investors and the rich – i.e. for the ruling class. With this readership in mind, and speaking with recent graduates, the FT tried to break down exactly why the young generation are losing faith in their system. On the one hand, there are few job prospects for young people: youth unemployment reached a peak of 18% in OECD countries this year, the FT notes. Another is housing, as the FT explains to its readers:

“In the UK, people aged under 30 are now four times as likely to rent than they were two generations ago. In the US, a 2015 survey found home ownership among those aged 25 to 34 was 37 per cent, compared with an average of 45 per cent for the same cohort in previous generations.”

But the cause of young people’s failing hope for the system goes deeper than any particular factor. It represents disillusionment in the capitalist system’s ability to provide a safe, stable life for them.

We’ve witnessed widespread misery and social murder during the pandemic. And on top of that, the climate crisis poses an existential threat for the whole of humanity. “Young people have a much more doom-laden view of the future,” one interviewee tells the FT. And millions are awakening to the systemic nature of the oppression and discrimination which permeates society. In fact, a growing majority of young people in one country after another feel like their lives are spiralling into chaos and instability. The FT’s polling indicated that roughly 80% of 18-34 year olds in Spain, the US and the UK agree with the statement, “I feel like things in my country are out of control right now.” More than 60% agree in South Africa, Brazil, India, France, Canada, Italy, Mexico and Russia.

The FT are careful not to excessively frighten their readership, but had they dug a little deeper they could have found that increasingly young people are coming to the conclusion that it is capitalism that is to blame for the anxiety and instability that dominates their lives. A study by the Institute of Economic Affairs in July found that more than 70% of young people in the UK explicitly blamed the climate crisis, and racism on capitalism, with almost 80% quite rightly blaming the housing crisis on capitalism. 67% of respondents answered that they would prefer to live under a socialist system whilst a remarkable 75% agreed with the statement, “socialism is a good idea, but it has failed in the past because it has been badly done.”

And in the USA, socialist sentiments haves been steadily rising amongst young people over recent years, with a greater proportion of Millennials viewing socialism more favourably than capitalism. Over a third of Millennials believe in the ultimate elimination of capitalism, and 28% of Generation Z view ‘communism’ favourably.

In the back of their heads, the strategists of the ruling class are quite alive to the existential threat that this growing mood of anger poses to their system. Not for nothing have the FT’s editors decided to attach a banner to the top of their website, appealing for subscribers to their paper: “We believe in capitalism,” the appeal starts out – a remarkable thing for the editors of a newspaper called the Financial Times to feel they must justify! It goes on: “But the model is under strain. We need to reform in order to preserve. If you think the same, join us.” Their appeal that sounds somewhat like a rallying cry by more far-sighted strategists who see serious dangers ahead.

However, as was noted in the FT article, this seething discontent and questioning of the status quo among the youth has yet to be brought together en masse into a coherent movement or vision for the future. At least, not yet. The FT are certainly keen to grasp at any straw, emphasising that young people today are “post-political”, “engaging on single issues”, etc. But the brewing anger could easily crystallise into a sweeping movement for fundamental change. As the FT notes, the radicalisation of the youth following the last crisis completely up-ended politics in one country after another, albeit with a delay:

“The last cohort to come of age in a global crisis was during the financial crash of 2008-09 and the economic crises and austerity that followed. Then as now, young people were hit disproportionately. Many joined movements such as Occupy Wall Street, the Spanish Indignados and contributed to the leftward shift of the UK Labour party under Jeremy Corbyn after 2015.” 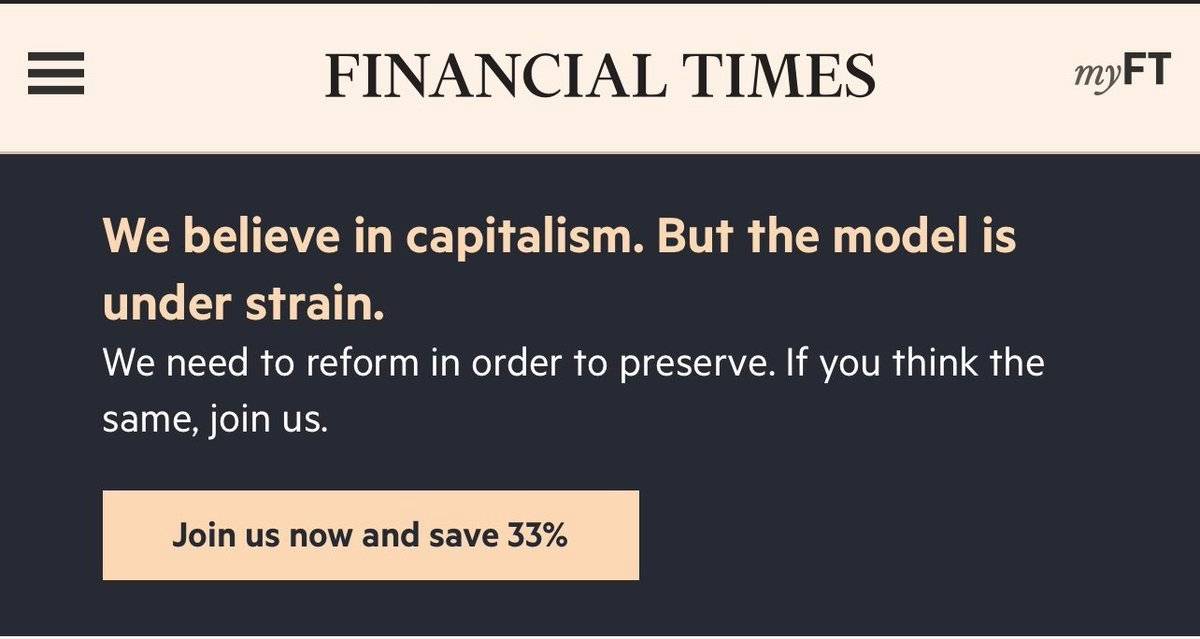 Now, the FT notes, the crisis of capitalism is even deeper, and the youth are already beginning to mobilise, “Covid-19 has brought the inequalities facing young people into sharper relief. Hit disproportionately by an economic shutdown that disrupted jobs more than assets, young adults are mobilising around issues such as racial justice and climate change.”

With the right wing back in control of the Labour Party, relentlessly attacking both the left and its own youth wing, these same radicalised young people are now leaving the party in large numbers. But, the FT notes, this itself poses new dangers for the ruling class. Yes, it means there is currently no outlet for the massive anger building up. But it also means that young people now feel utterly unrepresented by the whole political setup:

“Eighteen to 29-year-olds overwhelmingly voted Labour, and they’ve never seen a Labour government,” a UCL academic tells the FT, “I worry about perceived unfairness, disillusionment, more non-voting. We’re in the situation that they’ve lost out economically in the pandemic, and now they’re losing out politically.”

Elsewhere in the world, the situation is much the same. The leaders of the traditional workers’ parties have adapted themselves so much to capitalism, that they fail to offer any alternative to the rotten status quo. This has been the case with the various social democratic parties across Europe, who, when in power during the last decade, have all implemented austerity.

In response, the youth feel alienated from mainstream parties. These do not provide the answers they want, or allow them to act on their desire for radical change.

The weight of the rotting capitalist system is bearing down on the youth everywhere. Unable to provide a decent future to millions, the system is preparing the ground for a social explosion in all countries. The FT poses the question as a generational conflict, between home-owning Baby Boomers and propertyless Millennials and Gen Z. The FT explains that young people have been “hit disproportionately by an economic shutdown that disrupted jobs more than assets.”

True enough, but the FT presents this situation in purely generational rather than class terms. Those who own the overwhelming majority of these “assets” are the private property-owning capitalists and big landlords. The enemy of working class youth is not a retired generation of workers whose only ‘asset’ is the home that they perhaps own – which, incidentally, the Tories in Britain are forcing the elderly to surrender in order to pay for their care in old age.

The anger that the FT describes for its readers is a class anger. As one young Italian computer engineering graduate living with his parents in northern Italy told the bosses’ paper:

“We have realised that politics directly influences us, placing physical limits on our lives . . . This situation has brought us closer to politics . . . We are the working class and voters of the future, and a stronger generational opinion is already forming.”

The depth and scope of change in society that young people are clearly aware is needed requires not just gradual piecemeal change, but wholesale transformative change; not just radical ideas but revolutionary ideas.

What is needed are the ideas of Marxism. What is needed is the building of a revolutionary organisation where young, radically-minded people will not become demoralised or isolated and can make use of their energy in the class struggle.

Much to the capitalists’ displeasure, the desire and drive for radical change that young people have shown in recent years is not going away, but is being intensified by the crisis of the system. But it cannot be satisfied by half-heated reformist politics which seek to patch up the system, or through single-issue campaigns.

As one anthropology graduate told the FT in the close of its article: “People realise that stuff like [the pandemic] will keep happening if we don’t do things differently — they’re open to doing things that may have seemed drastic before.”

The only way forward is organising boldly and globally for a socialist revolution against the entire capitalist system, to put power in the hands of the working class and youth.