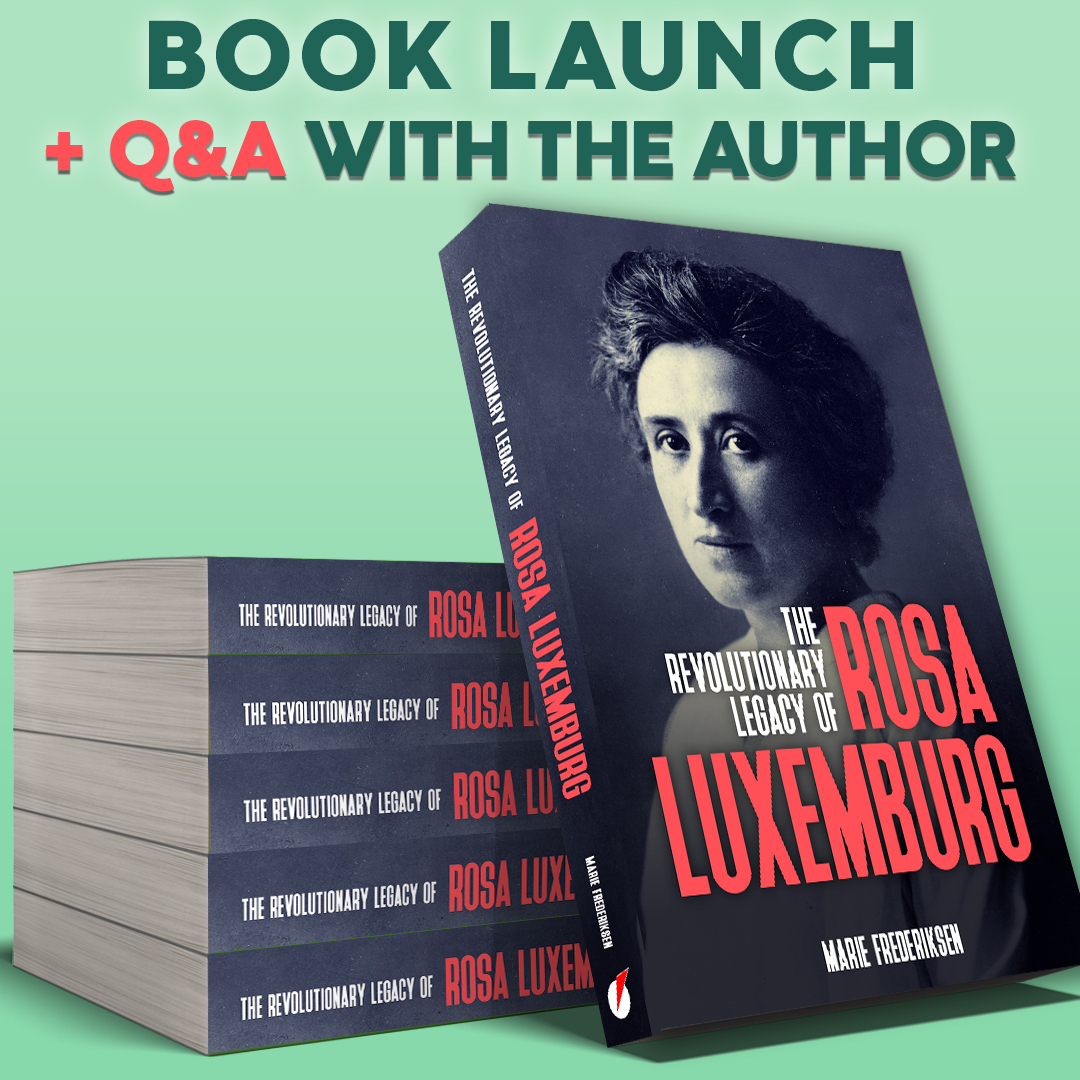 We are delighted to announce the release of a brand new title from Wellred Books: The Revolutionary Legacy of Rosa Luxemburg. Since her death at the hands of the fascist Freikorps, the truth about Rosa Luxemburg’s life and ideas has been systematically distorted. This book, which will be launched alongside an exclusive online Q&A with the author at 6pm (GMT) on 15 January, will tell the real story of this great revolutionary, on the 103rd anniversary of her murder.

Rosa Luxemburg’s legacy has been besmirched not just by those on the right, as well as Stalinists, who have sought to attack her legacy, but also by many who claim to defend her legacy including, left reformists, feminists and ultralefts.

It is a criminal fact that today, Rosa Luxemburg has been converted into the supposed advocate of a softer, compromising kind of Marxism that is more palatable to left reformists, as opposed to the supposed ‘authoritarianism’ of Lenin and the Bolsheviks.

In reality, this image is a counterfeit of Luxemburg’s real legacy. That she supposedly opposed Bolshevism and the October Revolution is one of many myths about her, and it is about time to set the record straight. Rosa Luxemburg and her legacy were, are, and shall remain 100 percent revolutionary, as author Marie Frederiksen clearly demonstrates in her excellent new book.

Come along to pose questions to the author and get a taste of this upcoming work, which is an essential read for every genuine Marxist who wants to learn the real lessons of Luxemburg’s life and ideas, which are vital if we are to carry on her struggle and overthrow capitalism. As Luxemburg wrote at the end of her final article:

“The revolution will rise up again, clashing its weapons, and proclaim with trumpets blazing: I was, I am, I shall be!”

This event will be held on Saturday 15 June from 6pm to 8pm GMT.

*This is a free event which will take place over Zoom, but donations are welcome!*

*Check out our bookshops around the world to order your copy.*