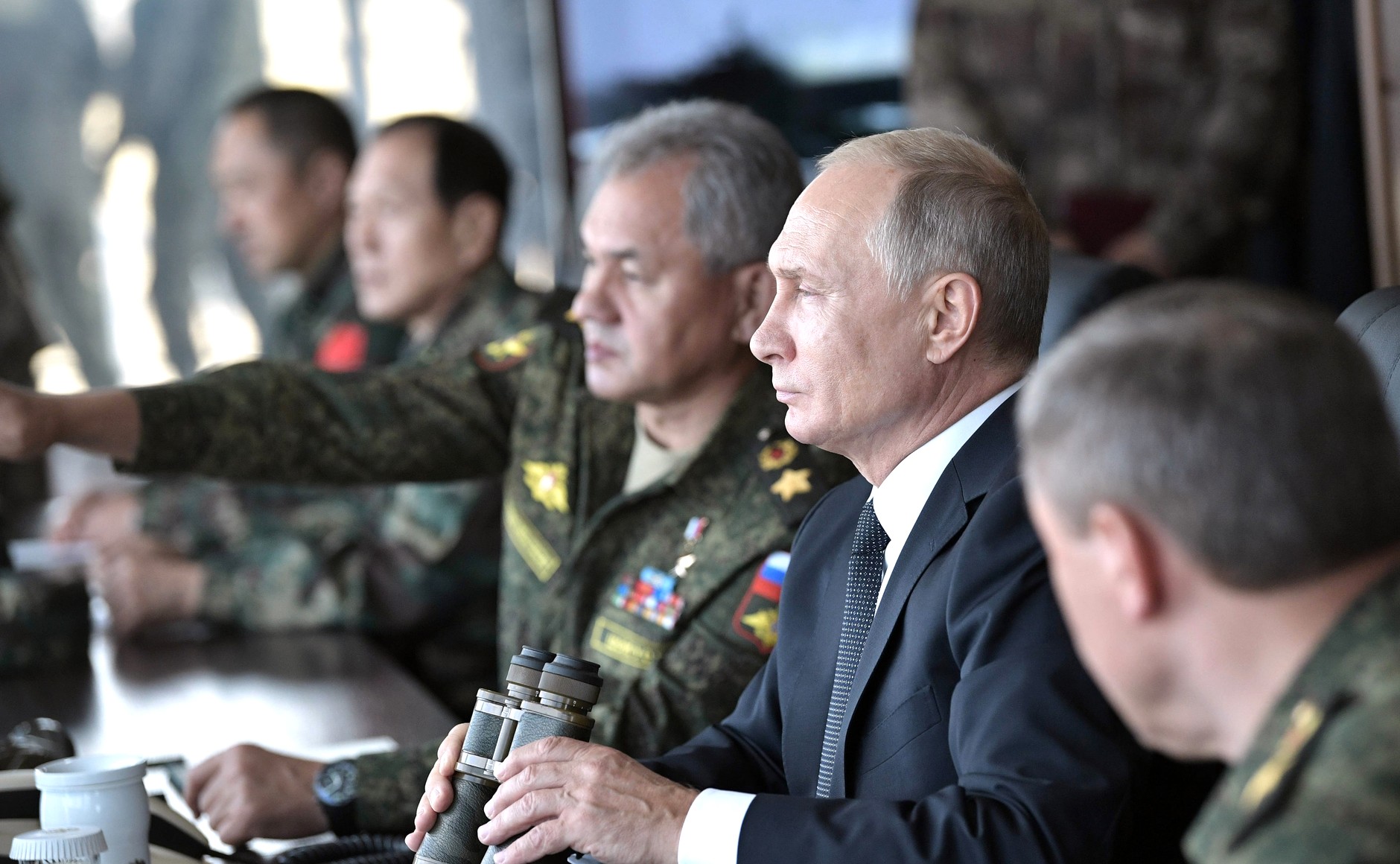 The following is a statement by Russian comrades of the International Marxist Tendency, denouncing the invasion of Ukraine that began in the early hours of today. Against military intervention! Against chauvinism! No war between the peoples, no peace between the classes! Read the original in Russian here.

In the early morning of 24 February, the Russian army launched a military operation against Ukraine, inflicting airstrikes on military units, air defence systems and ammunition depots. In a video message to the nation, Russian President Vladimir Putin justified the operation by citing an appeal from the people's republics of the Donbas requesting military protection. He said that the objective of the operation is not the occupation of Ukraine, but its demilitarisation and denazification. He called on the servicemen of the Armed Forces of Ukraine to lay down their arms and not obey the “anti-people junta that is robbing the people.”

In our previous articles, we, the International Marxist Tendency (IMT), assessed the likelihood of a direct military clash between Russia and Ukraine as extremely small. This was due to the fact that our analysis focused on the interests of Russian imperialism, its capabilities and past behaviour. A full-scale war in Ukraine was then seen as an extremely dangerous adventure for the Putin regime with an uncertain outcome, which would be accompanied by enormous costs for Russia. The situation, however, consistently developed from bad to worse, and eventually spiralled towards this catastrophic scenario. Putin chose the adventure, apparently counting on the Ukrainian state to crumble under his first blows, after which it would only be necessary to carry out a blitzkrieg and put a new loyal government in power. As with the recognition of the people's republics, one cannot speak of a “last-minute decision based on the circumstances”, because the video message about the start of the operation, as it turned out, was recorded on 21 February.

A significant part of Russian society and the Russian left justified both the recognition of the republics and the entry of Russian troops into the territory of Ukraine by saying that this would stop the shelling of the Donbas and end the eight-year-long hell of bombing for millions of people. This contained a certain amount of truth, although in our previous statement we stressed the negative consequences of the recognition of independence, condemning both recognition and intervention. But now that the missiles have flown into Ukraine, it will not be possible to talk about bringing in troops for the sake of “ending the war”.

It is hard to find anything more hypocritical than the statements issued by Putin and other Russian officials about ‘denazification’. Contrary to their rhetorical appeal to the memory of the Great Patriotic War of 1941-1945, and the sacrifices of the Soviet people in the fight against Nazism, the historical model of the Putin regime is not the Soviet Union. Rather, Putin’s model is the Russian Empire, as he has directly and repeatedly explained. His long speech on 21 February regarding the introduction of troops into the LPR (Luhansk People’s Republic) and DPR (Donetsk People’s Republic) was emphatically anti-communist. It was based on the stance of Russian chauvinism, and not Soviet internationalism. In Russia, Nazi collaborators are also regularly honoured, although by no means on the same scale as in Ukraine. The White movement is glorified and communists are persecuted, including functionaries of the Communist Party. The communist parties in the people’s republics of Donbas still operate illegally. The policy of the Russian authorities is one of national chauvinism, anti-communism, anti-democracy and the robbery of the workers. Under such conditions, only extremely naive people can perceive Russia as an ‘anti-fascist’ force. 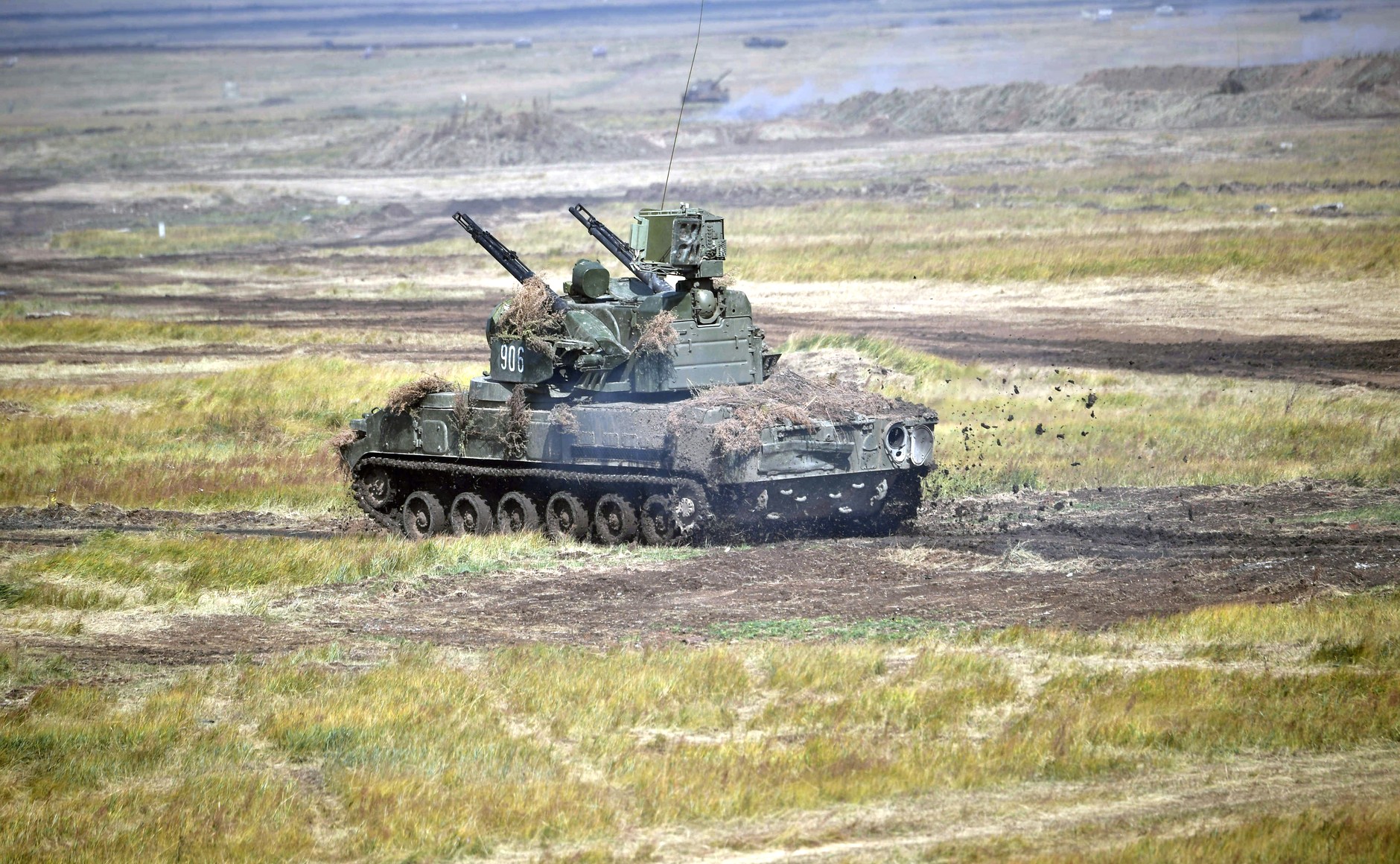 Regardless of the outcome of the war, Ukrainian and Russian chauvinism will rise to new heights. The fierce struggle against chauvinism of all stripes, is the duty and urgent task of communist internationalists today / Image: kremlin.ru

Even if Putin's blitzkrieg succeeds and the existing government of Ukraine is dispersed, whatever it is replaced with by force of Russian bayonets will be just as reactionary, only with a different colouration. It cannot be otherwise. We only need to consider the forces that the Russian regime has nurtured in Donbas for the past eight years; how it has killed objectionable field commanders; and the motivations that have guided Ukrainian politicians in the same period. Given the curtailment of bourgeois democracy in Russia itself, one cannot expect that Putin will contribute to its construction in Ukraine. We will not see ‘denazification’, but ‘nazification’ under another flag.

War is the most difficult subject to analyse. Of course, we cannot predict the outcome of a military operation. But despite the huge material and technological superiority of the Russian Army over the Armed Forces of Ukraine, there is a chance that the Ukrainian army and state will not simply be defeated within a couple of days. Under those circumstances, the most nightmarish scenario for the working people of Russia and Ukraine will come to life: a protracted, bloody slaughterhouse, in which the workers are the livestock. But regardless of the outcome of the war, Ukrainian and Russian chauvinism will rise to new heights and a deep wound will have been inflicted on the relations between Ukrainian and Russian working people that will last for many decades to come. Therefore, the struggle for the reconciliation of peoples, the fierce struggle against chauvinism of all stripes, is the duty and urgent task of communist internationalists today.

The most important task of honest Russian communists is to directly oppose Russia’s military intervention. The sanctioning of this operation under the pretext of “protecting the Russian population”, “fighting against Nazism”, and so on is a direct betrayal of the principles of internationalism. The position of the leadership of the Communist Party of the Russian Federation, which formally offered Putin their recognition of the people’s republics of the Donbas, and then approved the introduction of troops and the military operation, has caused the greatest harm in this respect. It is noteworthy that this is happening at the very moment when members of the Communist Party itself, from Moscow to Vladivostok, are facing repression. We believe that consistent communists in the ranks of this party should strongly protest against the fact that the leadership has not only capitulated to Russian chauvinism, but is leading its procession. The time has come for all loyal communists to remember the lessons of the collapse of the Second International; to remember Lenin's struggle against the social chauvinists and the principles on which the Communist International was founded!

We call on all communists in Ukraine, Russia and Donbas to oppose the war. We urge the military personnel of the Russian Federation not to carry out criminal orders. We call for the fight against chauvinism of all stripes – for the international brotherhood of peoples.

AGAINST CHAUVINISM OF ALL KINDS!

NO WAR BETWEEN PEOPLES! NO PEACE BETWEEN CLASSES!