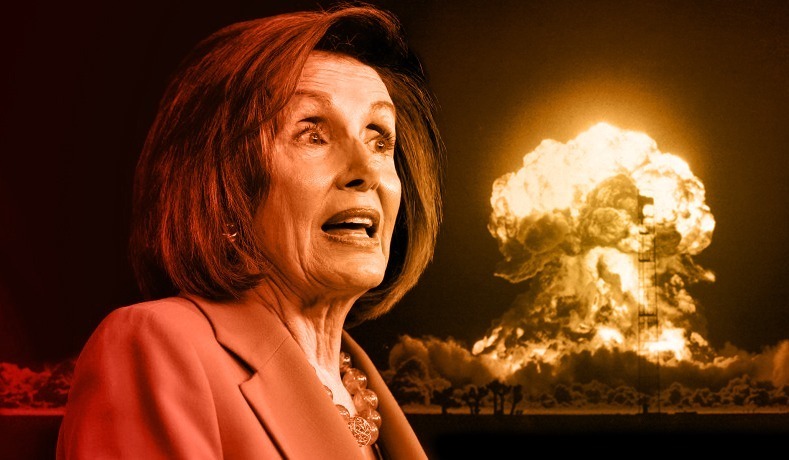 After days of intensive speculation and evasion, US Speaker of the House Nancy Pelosi landed in Taipei, Taiwan on a US Air Force Jet yesterday. This reckless and reactionary provocation towards China by US imperialism threatens to destabilise the entire Indo-Pacific region.

Behind all the hypocritical talk of supporting ‘democracy’, in reality Pelosi’s objective is to further the narrow interests of US imperialism, and the even narrower electoral interests of the Democratic Party. At the same time, the Chinese ruling class have exploited the opportunity to distract attention away from a growing domestic crisis towards ‘enemies abroad’.

Pelosi, the third-most senior figure in the US state, has had a long parliamentary career attacking the interests of the US working class, and is a deeply unpopular politician at home.

Like the equally unpopular President Biden, who has ploughed tens of billions of dollars into America’s proxy war with Russia in Ukraine, Pelosi wants to “act tough” on international matters. This is especially pressing ahead of the midterm elections.

Therefore, she decided to visit Taiwan – the highest-profile US politician to do so in 25 years – in order to directly humiliate China, which regards the island as part of its territory.

Ahead of the war in Ukraine, Pelosi had already announced her intention to visit Taiwan. Her plan was delayed by a bout of COVID-19, but was presumed to have rescheduled, according to a report by the Financial Times in mid-July.

When her actual plan to visit Asia was announced, Taiwan was not in the official itinerary, although she also neither confirmed nor denied the planned visit.

Throughout this process, China has reacted with various threats, making clear that it regards this as a major provocation. Foreign Affairs spokesperson Zhao Lijian warned that “the People’s Liberation Army [PLA] will never sit by idly. China will take strong and resolute measures to safeguard its sovereignty and territorial integrity.”

In the six days prior to the visit, no less than three Chinese ministries issued nine warnings against her visit. Pelosi brazenly ignored all of them.

For its part, the Taiwanese government, now under the pro-US Democratic Progressive Party (DPP) administration, went from claiming to have no knowledge of Pelosi’s plan to visit on 19 July, to Premier Su Tseng-chang vaguely expressing how he “welcomes any foreign visitors” when asked to confirm whether Pelosi would actually arrive, hours before Pelosi touched down.

For very few “foreign visitors” would the US navy station a fleet, with aircraft carrier USS Ronald Reagan at its head, in position in waters east of Taiwan to make its belligerent intentions clear.

What was Pelosi doing in Taiwan?

Pelosi’s present visit was part of a tour of US allies in Asia, in a clear bid to rally them against China, the US’s biggest competitor for markets and influence on the world stage. Pelosi’s brief appearance (she hastily left the country at 4.45pm on the day after she arrived) is a largely symbolic affront to the US’s main rival. 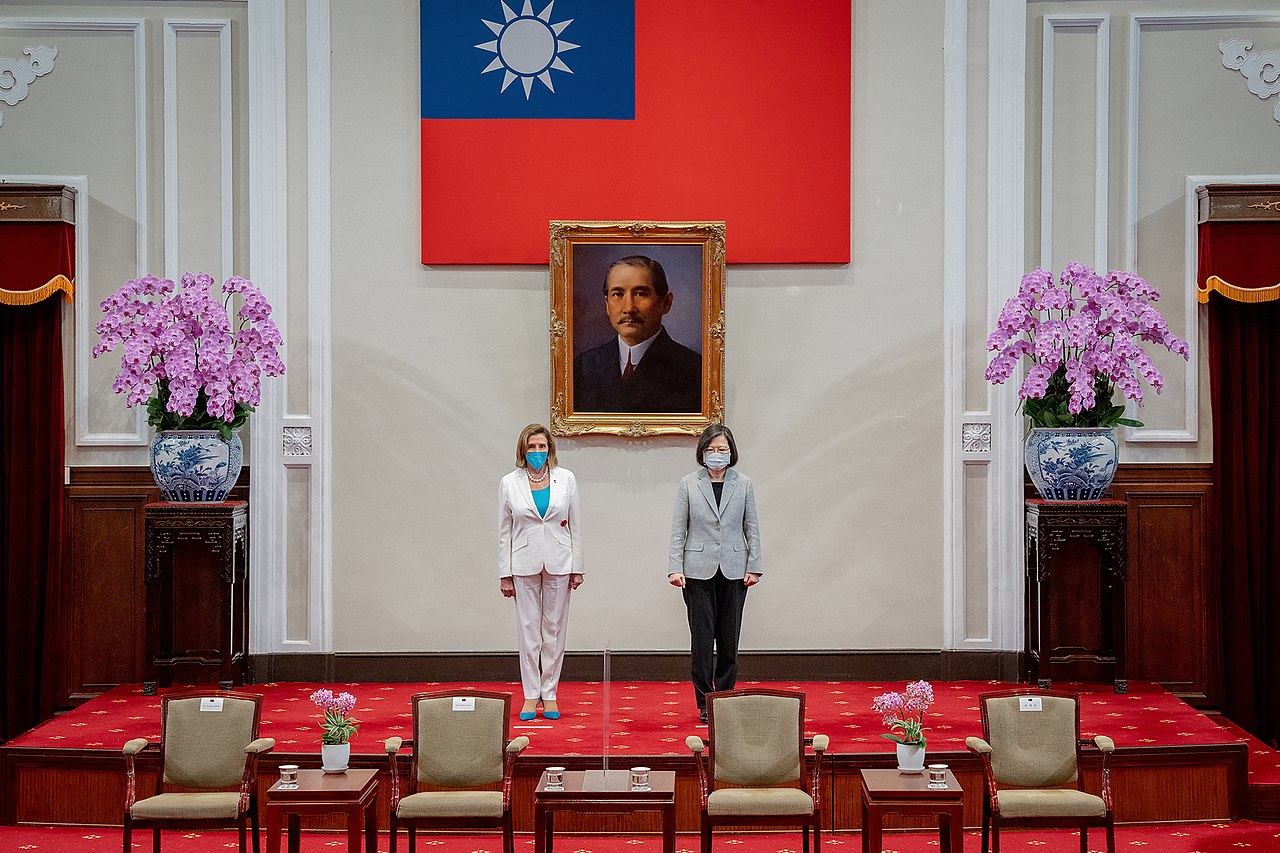 Pelosi has a particular record of acting provocatively towards China / Image: 總統府

But why stage such an affront? And why now?

The ongoing, relative decline of US imperialism has recently been highlighted by humiliating defeats that have seriously shaken its authority. Following the shambolic exit from a 20-year war in Afghanistan, the US is facing another costly failure in its proxy war with Russia in Ukraine.

While America remains the world’s foremost imperialist power, it is clear to all that it can no longer impose its will with impunity. Rivals are beginning to flex their muscles, moving to secure their own spheres of influence.

China, the second world power in terms of economic and military might, has been expanding its own markets and geopolitical influence at America’s expense, particularly in its ‘backyard’ in the Indo-Pacific region, conducting military drills with greater frequency to show its teeth.

Thus, a major part of Pelosi’s visit is to remind China that US imperialism is still the big dog in world politics, and will not be ‘bullied’ into submission by an upstart opponent.

This show of bravado was somewhat undermined by division within the ranks of the US ruling class, with both Biden’s office and the Pentagon reportedly opposing Pelosi’s trip, which risks opening up a whole new front with a hostile, nuclear power, while they are still knee-deep in the Ukrainian quagmire.

Pelosi has a particular record of acting provocatively towards China, and it is apparent that Biden failed to rein her in, despite openly admitting the trip is “not a good idea right now”. These splits at the top are further evidence of the weakening of US imperialism.

Chaos in world markets and rising protectionism have also placed Taiwan in the spotlight. It produces the bulk of the world’s supply of microchips, and is the second-biggest manufacturer of semiconductors (after China, and followed by South Korea). Both the US and China are eager to secure their supplies of these essential components following a boom in demand for electronic devices during the pandemic.

The US recently massively invested in domestic semiconductor chip production to decrease their dependence on Taiwan, but this is a slow and expensive process. It has also pressured the Taiwan Semiconductor Manufacturing Company (TSMC) to curtail sales to China, while pushing for it to open plants inside the US, effectively forcing the Taiwanese to hand over the crucial technology involved in semiconductor manufacture to the US.

Once it became apparent that the trip was going ahead, a game of chicken opened up where Pelosi’s delegation could not back down for fear of looking intimidated by China, which would have doubtlessly been exploited by the Republicans in the midterm elections. For such trifling gain is the world’s foremost imperialist power engaged in sabre-rattling with a nuclear rival.

Equally, the CCP are now on the spot to make good on their threats, or face having their own prestige diminished. Moreover, as Chinese capitalism plunges deeper into crisis, exacerbated by unpopular, harsh lockdown measures to control COVID-19, the CCP is increasingly leaning on chauvinist posturing against Taiwan as a means to distract its working class at home.

In this highly volatile situation, a single spark could have a catastrophically destabilising effect.

US imperialism’s real intentions for Taiwan

This visit also provided bourgeois politicians in Taiwan an opportunity to declare their fealty to the US, presenting themselves as “defenders of Taiwanese democracy.” Within minutes of Pelosi’s touchdown, various DPP grandees were posting photos with her on their social media outlets. 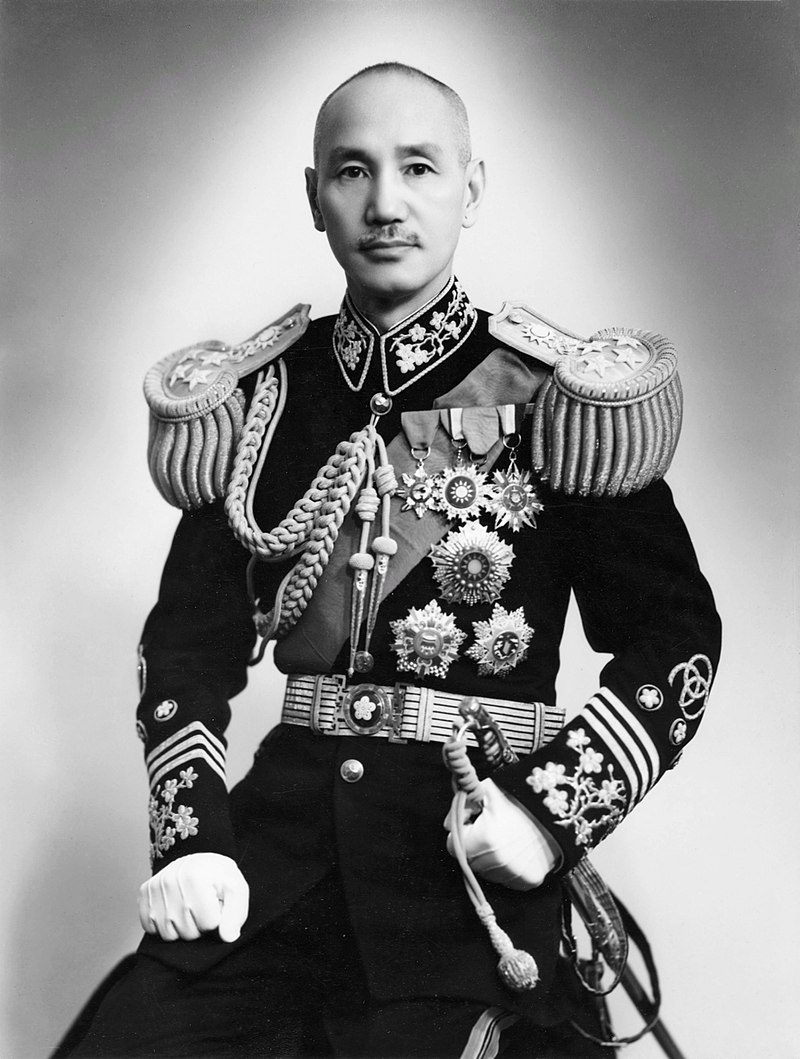 It was the US that allowed the extremely brutal regime of the KMT under Chiang Kai-shek to maintain itself in Taiwan / Image: Fair Use

US imperialism is completely indifferent to the interests or wishes of the Taiwanese people. Let us not forget that it was the US that allowed the extremely brutal regime of the KMT under Chiang Kai-shek to maintain itself in Taiwan after being expelled from China in the revolution of 1949. With US backing, the Taiwanese people’s cultural and democratic rights were curtailed for decades under Chiang.

Starting in the 1970s, the shift in the US’ interests in the area led it to partially abandoning support for the KMT’s dictatorship in favour of establishing closer ties with China as a counterbalance against the USSR.

To this end, the US orchestrated the expulsion of Chiang’s Republic of China from the UN and welcomed Mao’s People’s Republic of China as its replacement. But to keep a handle on the situation, the US still lent informal support to Taiwan as a separate state, leaving it in the strange limbo status that it remains in til this day.

Now, US imperialism rests upon the bourgeois leaders of the DPP, who once fought against US imperialism’s old crutch, the KMT dictatorship. Its policy towards the island has changed over decades, but one constant has remained: that policy is rooted in US imperialist interests.

Does the US suddenly now have a genuine desire to defend the Taiwanese people’s democratic rights? Not in the slightest. From its support for the Saudi monarchy and its unspeakable atrocities in Yemen, to the sellout of the Kurds, US imperialism has amply demonstrated that its concern for ‘democracy’ is a mere fig leaf for its imperialist interests.

‘Defence of Taiwan’s democracy’ is being equated with the subordination of the masses of the island to the whim of the world’s most brutal and reactionary imperialist power. But Taiwan is merely small change in US imperialism’s manoeuvring to maintain its dominance in the world.

Following their bellicose language, Pelosi’s insistence on visiting Taiwan was doubtlessly humiliating to the CCP regime. Despite what they’ve been telling their own masses, the regime cannot, after all, absolutely dictate what happens in what it claims as its own territory.

As an initial response, China imposed a number of trade restrictions on thousands of Taiwanese products. It then announced a large-scale, live-fire exercise within Taiwanese controlled waters for six days, which Taiwan claims amounts to a blockade. Later, the Taiwanese Ministry of Defence reported that about 21 People’s Liberation Army’s aircrafts have entered Taiwan's Air Defence Identification zone.

If the war in Ukraine has taught us anything, it is that in the current era of intensifying conflict between the imperialist powers, events can take on a logic of their own. We cannot count on the “rationality” of the ruling class on any side. Pelosi’s visit to Taiwan is, in the first place, a deeply reckless provocation. It threatens the safety of people on both sides of the Strait.

It is entirely within the realm of possibility that China will take further material steps to punish Taiwan. What these will be remains to be seen. One possibility is a full naval blockade, which also risks escalation with US and Japanese naval forces.

Whatever developments are impending, by their rash stupidity, the US imperialists have seriously disrupted a delicate situation. Despite the White House trying to cool things down by stressing they “do not support Taiwan independence”, Pelosi has upended decades of carefully constructed diplomatic ambiguity overnight, for the sake of short-term political interests.

The senile decay of US and world capitalism is lurching from one crisis to another, time and again placing countless lives in the balance. The working class in Asia, the US and throughout the world must have their reckoning with their respective ruling classes to put this madness to an end, through socialist revolution.